Tai Chi Chuan is a Chinese practice that has transformed into a unique type of exercise known to reduce stress, improve balance and flexibility, build greater strength, and aid health. Tai chi is characterized by slow and highly focused movements, paired with deep breathing. It’s called “meditation in motion” for a reason!

What is Tai Chi Chuan?

Tai Chi Chuan – the Grand Ultimate Fist system – is considered to be the most highly evolved system of internal martial arts. Where the external styles (Shaolin and Praying Mantis, for example) focus on athleticism, muscular and cardiovascular development from the beginning of their training, the internal systems focus more on the internal development of the practitioner. Emphasis is placed on proper breathing and visualization coordinated with physical movement in order to cultivate chi – energy. All of this is practiced in the form of fighting techniques, though the approach to practicing the techniques for fighting is a slower, longer path when compared to a system like Shaolin or Praying Mantis. That should not be interpreted to mean that Tai Chi is not as effective as a fighting system; only that it takes a slower approach to teaching fighting techniques and pays more attention to breathing, balance, and building energy at the earlier stages of training.

The Tai Chi symbol, also referred to as the Yin/Yang or Taiji symbol is closely associated with this system. The concepts of Yin and Yang and their relationships to each other are relevant to all martial arts systems but Tai Chi Chuan makes a special point of observing them in practice from the outset of training. 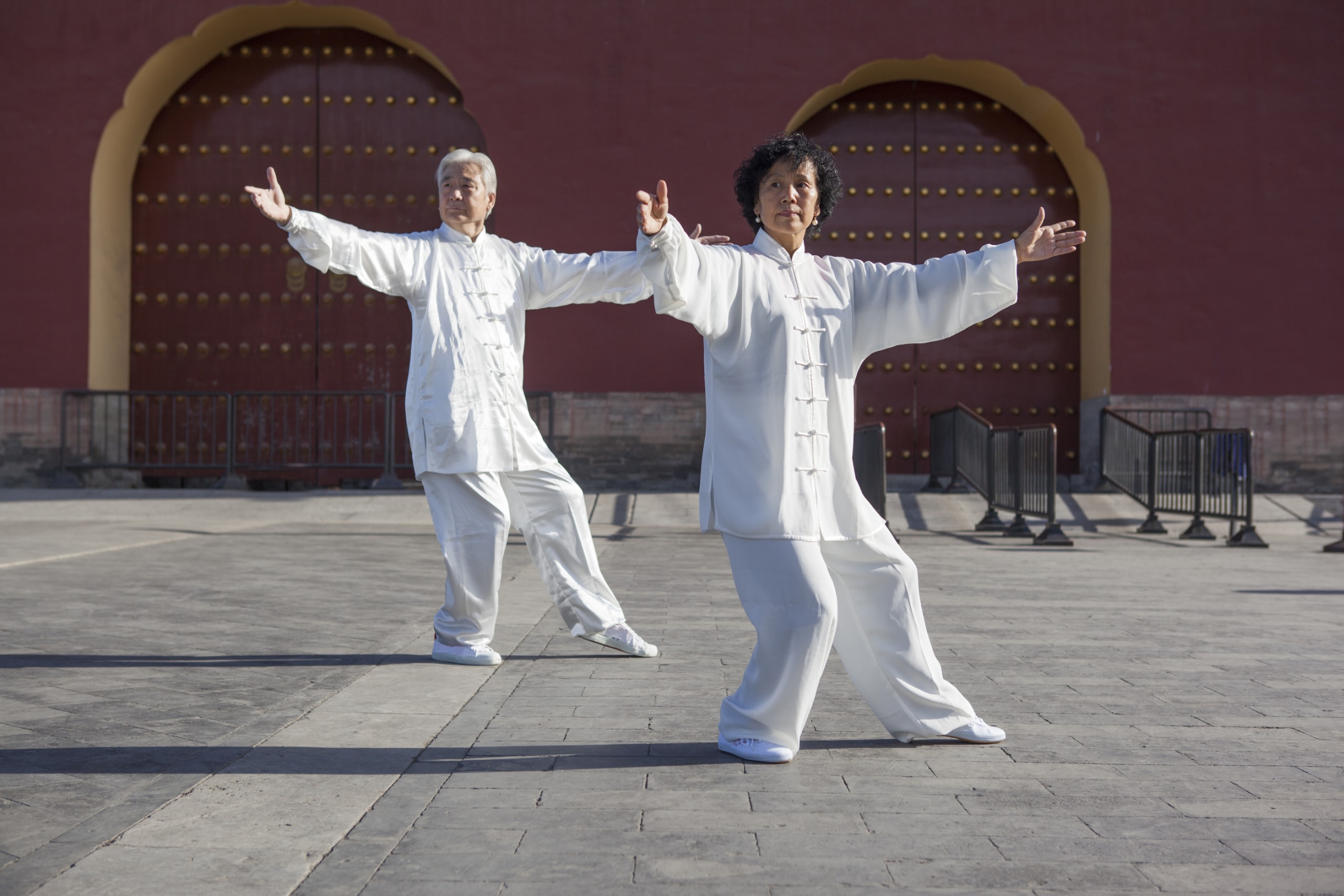 In the West and indeed throughout much of Asia now, Tai Chi is often being practiced purely as an exercise for health and wellness. It is perceived strictly as a form of moving meditation. The martial techniques are being lost or simply never learned by many practitioners around the world. At Tustin Shaolin Martial Arts, Tai Chi Chuan is being practiced as a martial system with all of the health, wellness, and meditative aspects being natural byproducts of functional training. When the emphasis is kept on functional fighting techniques in the long run, proper body alignments and breathing techniques are retained and the wellness and meditative aspects flow as a natural part of the process. Without attention to functional technique, the reason for proper body alignment and breathing is quickly forgotten and over the course of a single generation, the art can quickly evolve into something very different from its original content.